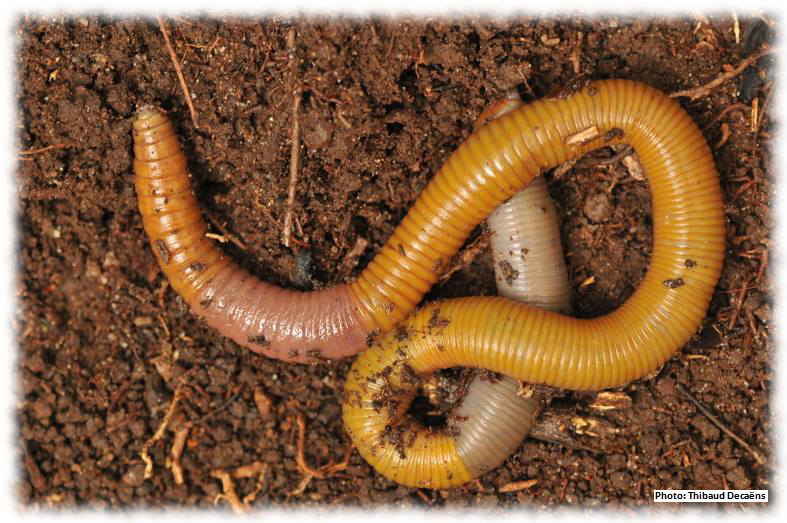 Back from mission on the 29th. Great results!

35-45 species were collected, most of them probably new for science (to be confirmed and described by Sam James). Among them, a giant saproxylic-endogeic species (70cm long), with a yellow body and an orange clitellum (see above), was found in a dead trunk colonized by termites (blog of the expedition, in French). A 2,5m long giant pigmented species was also found upstream of the Oyapock river.